HTML5 introduces several new <input> types like email, date, time, color, range, and so on. to improve the user experience and to make the forms more interactive.


In this section we're going to take a brief look at each of the following new input types:


Input Type Color
The <input type="color"> is used for input fields that should contain a color. It displays a color picker.

The color input type allows the user to select a color from a color picker and returns the color value in hexadecimal format (#rrggbb). If you don't specify a value, the default is #000000, which is black.

Input Type Number
The <input type="number"> defines a numeric input field.
The number input type can be used for entering a numerical value. You can also restrict the user to enter only acceptable values using the additional attributes min, max, and step.

Input Type URL
The <input type="url"> is used for input fields that should contain a URL or web addresses.

You can use the multiple attribute to enter more than one URL. Also, if required attribute is specified browser will automatically carry out validation to ensure that only text that matches the standard format for URLs is entered into the input box.


Input Type Date
The <input type="date"> is used for input fields that should contain a date. It defines a date picker which allows the user to select a date from a drop-down calendar.

The date value includes the year, month, and day, but not the time.

Input Type Datetime-local
The <input type="datetime-local"> specifies a date and time input field, with no time zone.
The datetime-local input type allows the user to select both local date and time, including the year, month, and day as well as the time in hours and minutes.


Input Type Time
The <input type="time"> allows the user to select a time (no time zone).

The time input type can be used for entering a time (hours and minutes).

Browser may use 12- or 24-hour format for inputting times, based on local system's time setting.


Input Type Month
The <input type="month"> allows the user to select a month and year from a drop-down calendar.

The value is a string in the format "YYYY-MM", where YYYY is the four-digit year and MM is the month number.

Input Type Week
The <input type="week"> allows the user to select a week and year from a drop-down calendar.


Input Type Email
The <input type="email"> is used for input fields that should contain an e-mail address.

The email input type allows the user to enter e-mail address. It is very similar to a standard text input type, but if it is used in combination with the required attribute, the browser may look for the patterns to ensure a properly-formatted e-mail address should be entered.

Input Type Range
The <input type="range"> defines a control for entering a number whose exact value is not important (like a slider control).

Default range is 0 to 100. However, you can set restrictions on what numbers are accepted with the min, max, and step attributes

A search field typically behaves like a regular text field, but in some browsers like Chrome and Safari as soon as you start typing in the search box a small cross appears on the right side of the field that lets you quickly clear the search field.

Input Type Tel
The <input type="tel"> is used for input fields that should contain a telephone number.

Browsers don't support tel input validation natively. However, you can use the placeholder attribute to help users in entering the correct format for a phone number, or specify a regular expression to validate the user input using the pattern attribute. 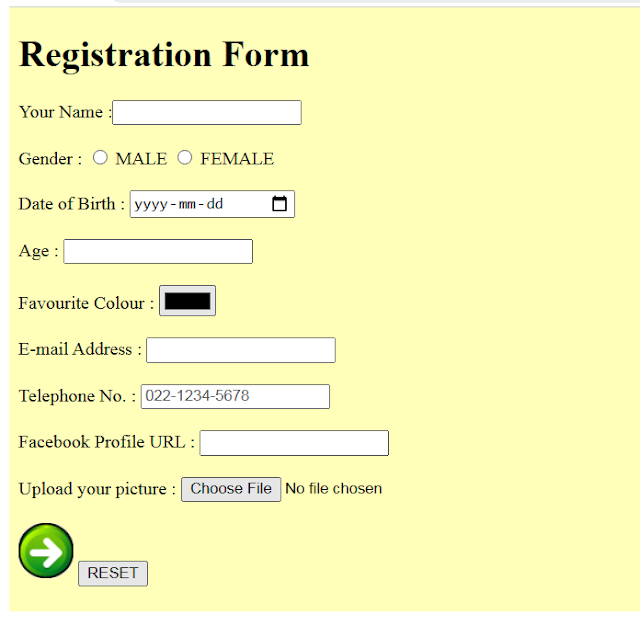 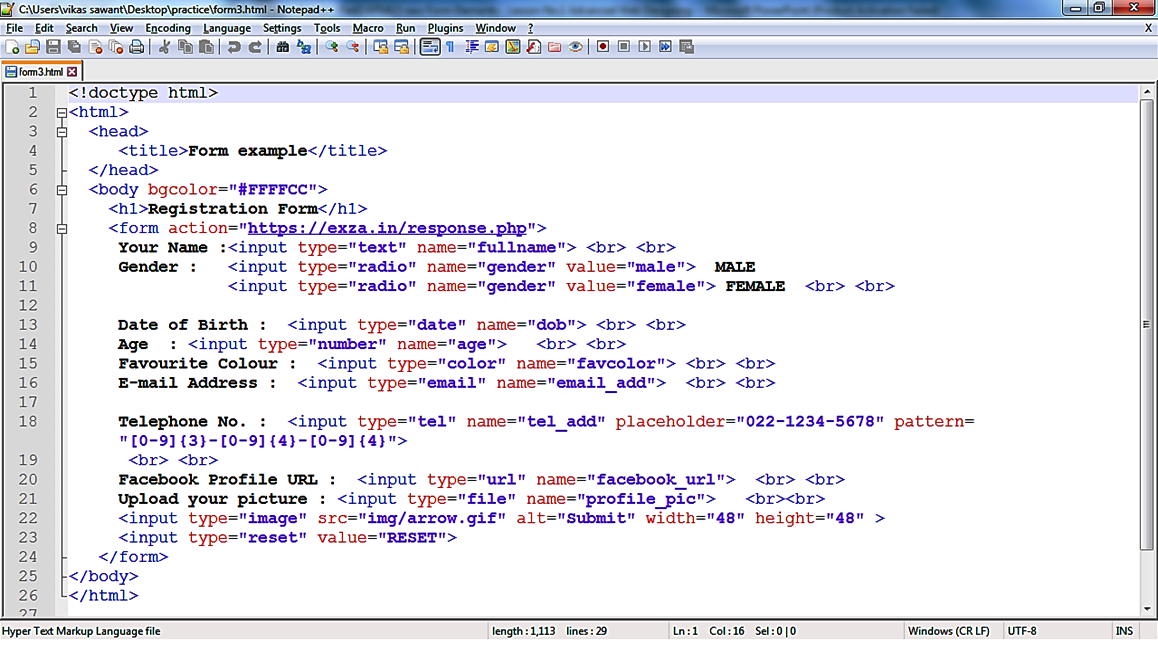 (Not in Syllabus - For extra Knowledge)

HTML5 is the latest specification of the HTML language
HTML5 introduces a number of new elements and attributes that can help you in building modern websites. 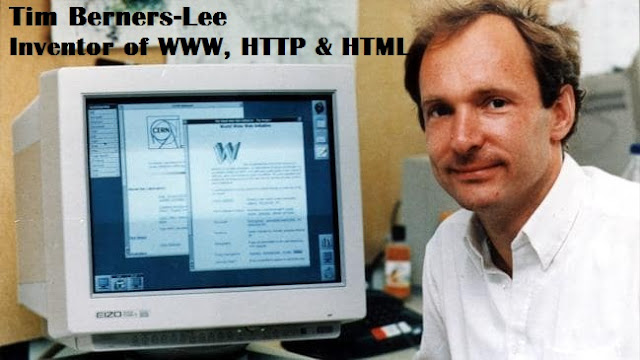 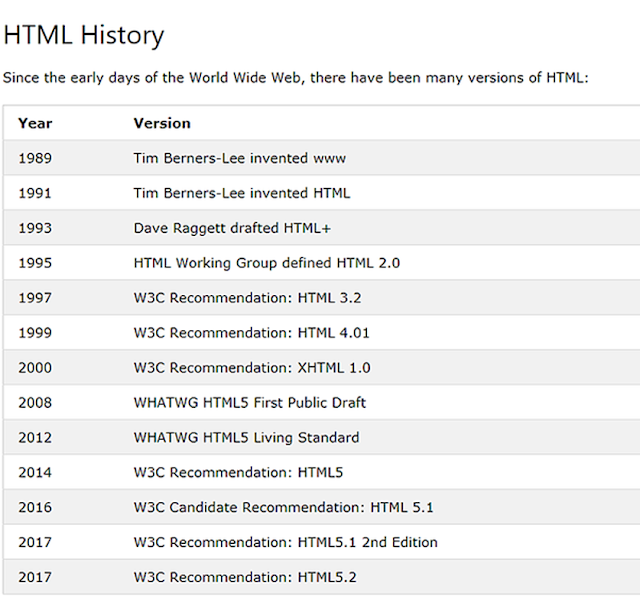 
The World Wide Web Consortium (W3C) is an international community where Member organizations, a full-time staff, and the public work together to develop Web standards.
Led by Web inventor and Director Tim Berners-Lee and CEO Jeffrey Jaffe, W3C's mission is to lead the Web to its full potential by developing protocols and guidelines that ensure long-term growth for the Web

W3C members work together to design web technologies that build upon its versatility, giving the world the power to enhance communication and commerce for anyone, anywhere, anytime, and using any device.


Long Term Goals for the Web 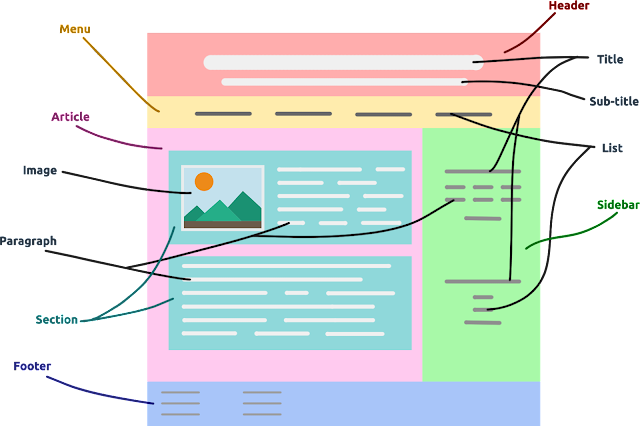 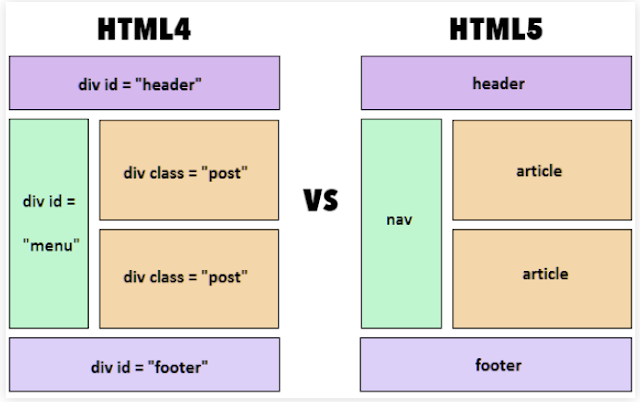 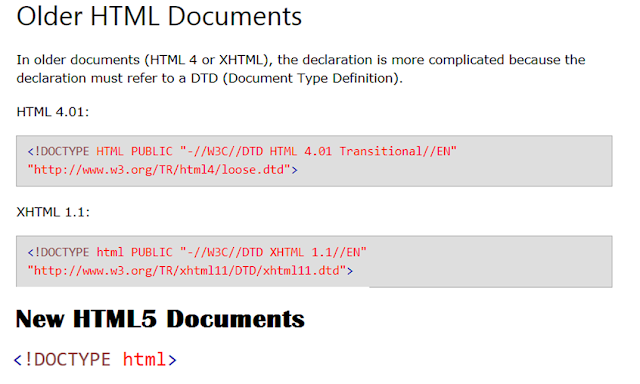 A Document Type Declaration, or DOCTYPE for short, is an instruction to the web browser about the version of markup language in which a web page is written.
A DOCTYPE declaration appears at the top of a web page before all other elements. According to the HTML specification or standards, every HTML document requires a valid document type declaration to insure that your web pages are displayed the way they are intended to be displayed.

Forms 2.0 − Improvements to HTML web forms where new types of fields and attributes have been introduced for <input> tag. 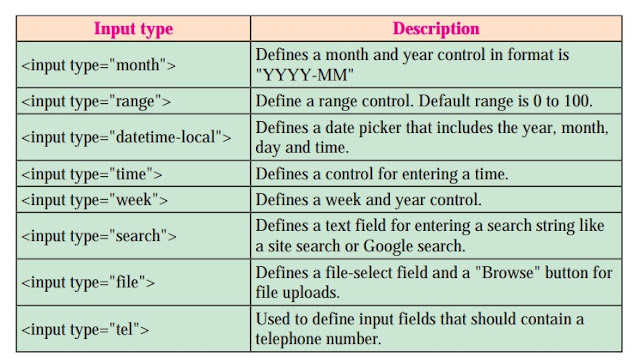 Persistent Local Storage − To achieve without resorting to third-party plugins. 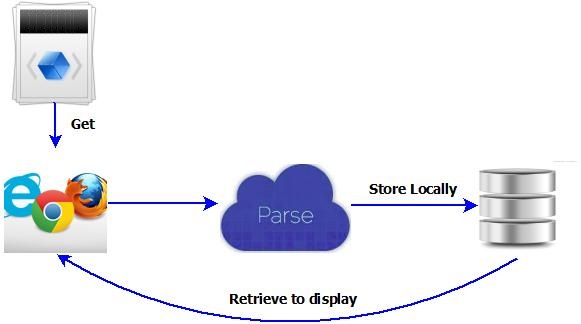 With web storage, web applications can store data locally within the user's browser.
Before HTML5, application data had to be stored in cookies, included in every server request. Web storage is more secure, and large amounts of data can be stored locally, without affecting website performance.

Unlike cookies, the storage limit is far larger (at least 5MB) and information is never transferred to the server.
Web storage is per origin (per domain and protocol).
All pages, from one origin, can store and access the same data.

HTML5's WebSocket protocol gives provision for such persistent real-time bi-directional TCP connection between a client (browser) and a server, without the need/use of AJAX methodology or 'Long Polling', doing away with headers thereby decreasing network load and improving performance. You can think of WebSocket as a full-duplex messaging system, akin to land-line telephones, where users at both ends can speak and hear simultaneously.

Websocket Benefit
- Websocket enables the server to push data to the connected clients.
- Reduce unnecessary network traffic and latency using full-duplex through a single connection (instead of two).
- Streaming through proxies and firewalls, supporting simultaneously upstream and downstream communication.
- Backward compatible with the pre-WebSocket world by switching from an HTTP connection to WebSockets. 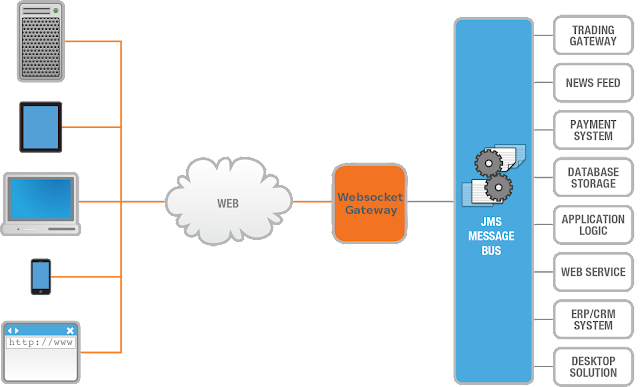 Apps that should use Websocket
- Multi-User Apps.
- Real-Time Apps.
- Apps where live data is needed, like a stock market app…

Canvas − This supports a two-dimensional drawing surface that you can program with JavaScript.

HTML5 supports SVG (Scalable Vector Graphics), canvas, and other virtual vector graphics, whereas in HTML, using vector graphics was only possible by using it in conjunction with different technologies like Flash, VML (Vector Markup Language), or Silverlight.

The Canvas API provides a means for drawing graphics via JavaScript and the HTML <canvas> element. Among other things, it can be used for animation, game graphics, data visualization, photo manipulation, and real-time video processing.
The Canvas API largely focuses on 2D graphics. The WebGL API, which also uses the <canvas> element, draws hardware-accelerated 2D and 3D graphics. 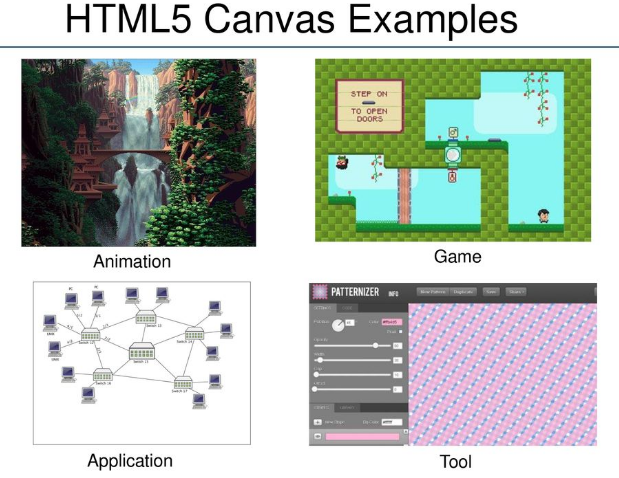 Audio & Video − You can embed audio or video on your webpages without resorting to third-party plugins.

The HTML5 specification introduced the video element for the purpose of playing videos, partially replacing the object element. HTML5 video is intended by its creators to become the new standard way to show video on the web, instead of the previous de facto standard of using the proprietary Adobe Flash plugin, though early adoption was hampered by lack of agreement as to which video coding formats and audio coding formats should be supported in web browsers. 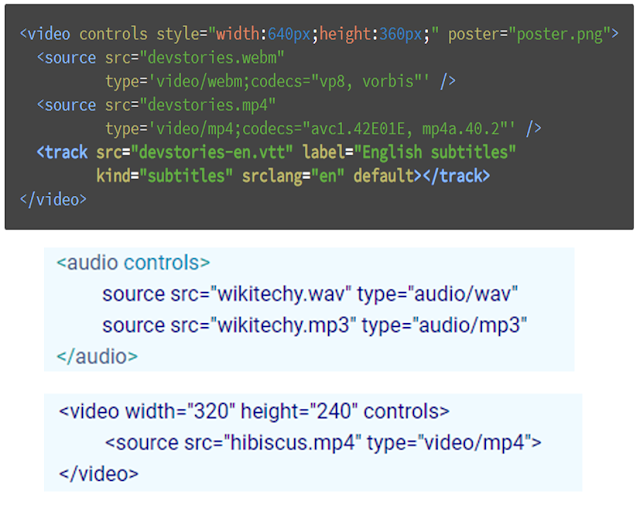 Media elements like <video> and <audio> have additional JavaScript functionality beyond normal HTMLElements that allow you to interact or control the media.

Various Properties and Methods are provided in Javascript to interact with the video element. You can write code  on events occurring to video such as playing, error, ended

Geolocation − Now visitors can choose to share their physical location with your web application. 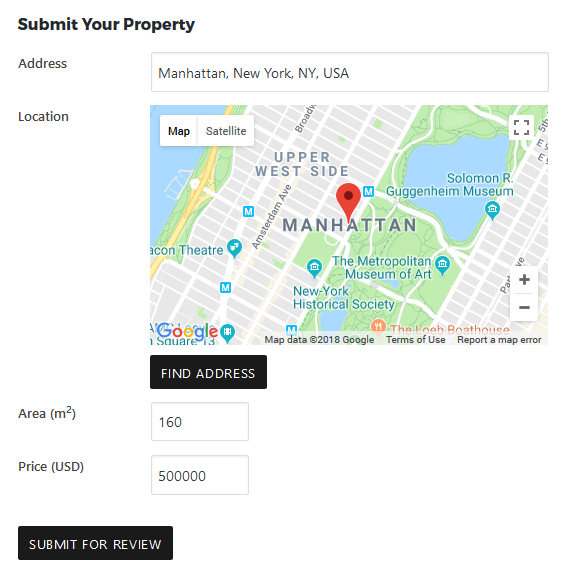 Users can select their location on map

The HTML5 geolocation feature lets you find out the geographic coordinates (latitude and longitude numbers) of the current location of your website's visitor.
This feature is helpful for providing better browsing experience to the site visitor. For example, you can return the search results that are physically close to the user's location.


Microdata − This lets you create your own vocabularies beyond HTML5 and extend your web pages with custom semantics. 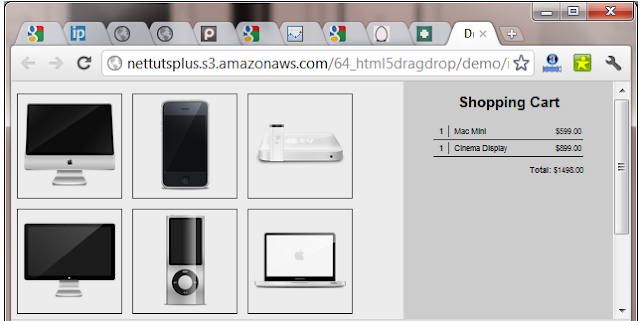 Drag and Drop (DnD) is powerful User Interface concept which makes it easy to copy, reorder and deletion of items with the help of mouse clicks. This allows the user to click and hold the mouse button down over an element, drag it to another location, and release the mouse button to drop the element there.


HTML Drag and Drop interfaces enable applications to use drag-and-drop features in browsers. The user may select draggable elements with a mouse, drag those elements to a droppable element, and drop them by releasing the mouse button